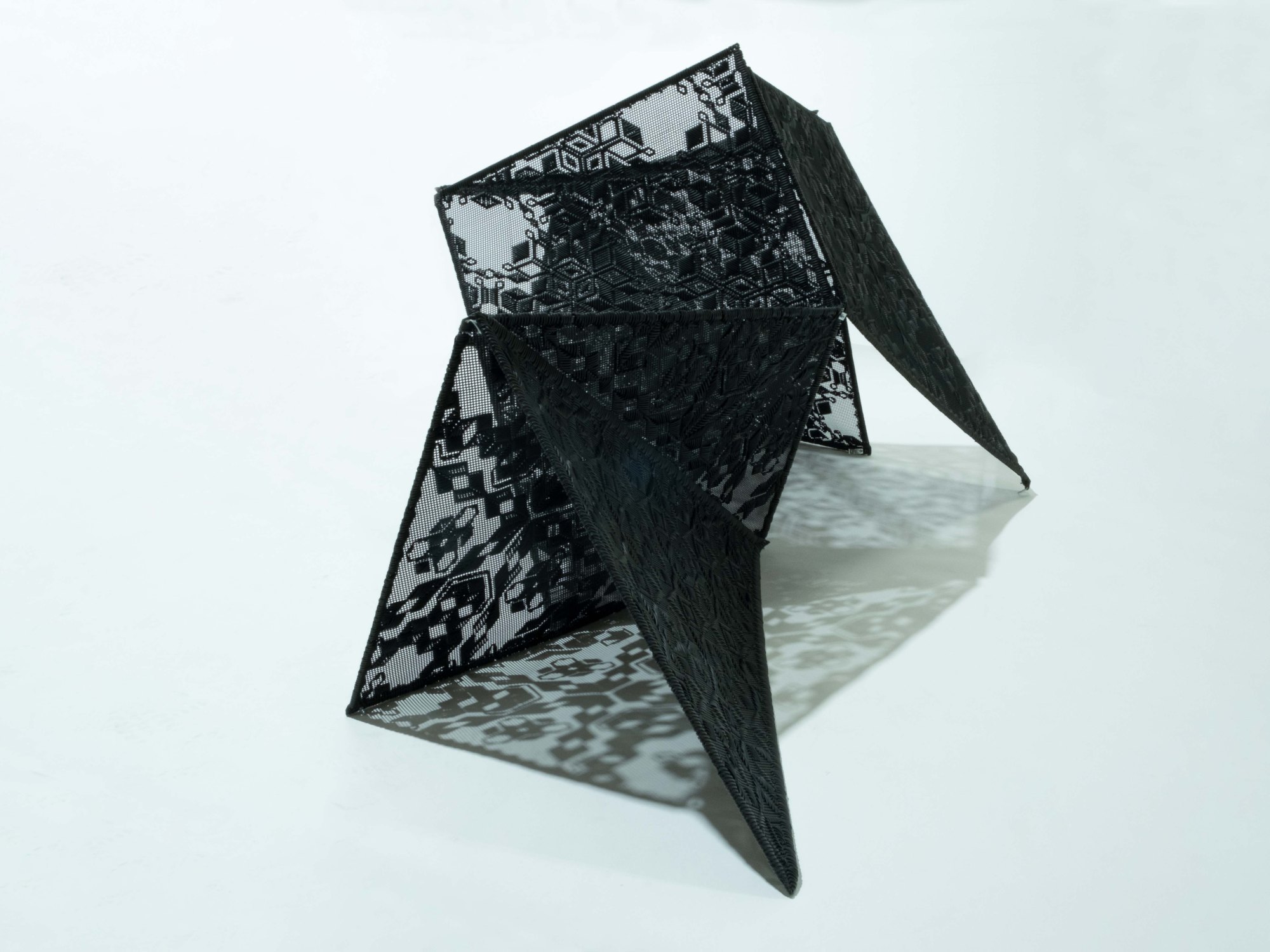 I have always been fascinated by the story behind Vault, a large, yellow sculpture by artist Ron Robertson-Swann that is currently outside the Australian Centre for Contemporary Art (ACCA) in Melbourne. It was originally designed and built to be situated outside the Town Hall, but once erected in 1980 it was immediately rejected by the council. Quickly, it attracted the racist nickname ‘Yellow Peril’ and a year later the council banished the sculpture to Batman Park, a part of the city deemed more appropriate for such a ‘pain in the eye’ (Wallis, 2004).

My work, also entitled Vault, is a recreation of the original sculpture. Based on photos, a small maquette was constructed which allowed me to made the larger frames in gutter guard and aluminium. Gutter guard is usually installed on roofs to prevent the leaves from falling into the gutters. These frames were then embroidered using soft garden tie creating a range of patterns based on diamond motifs.

Aesthetically, I find the simplicity of minimalist sculpture very appealing and, in part, my work, which retains the same name as Robertson-Swann’s Vault, is a homage to the original sculpture. However, I also wanted to adopt the Vault’s legacy within Australian art history and the fear of the ‘other’ that is implicated by both its nickname and treatment.

Wallis, G.J. (2004). Peril in the Square: The sculpture that challenged the city. Indra Publishing.

One thought on “Vault”